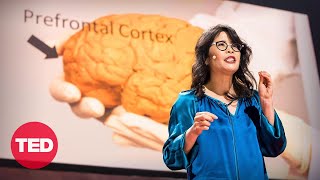 1 Thing That You're Missing If Things Aren't Working

So this time things are going to be different right? You’re going to achieve hat job promotion, start that business snag that hottie or get into incredible shape. Then… 6 months later fucking Larry gets promoted, your best friend is rolling in doe because they invested in a startup, and that hottie? They are going steady with someone else, oh yea and it looks like, yup you gained weight! Fuck what the hell happened man?! This was all supposed to be you, where did it go wrong. When no matter if I know you well or not at all I know the one thing that you didn’t do that made you miss out big time!

You didn’t go all in

Sorry tough love right here but its true. Ok now that we ripped off the band-aid know that everyone does this and at a certain time those truly successful people get tired of settling. Are you ok with accepting what gets handed to you because it’s “easier”? No man! That’s average and why would you not want to live up to what you can have, what you deserve especially if its just as hard as having an amazing successful life? When you commit you put out the vibe to everything you will be relentless, accountable, and go further than anyone else to get it. Now you see why wouldn’t that hottie want to be with a person like that?

It’s not enough to start red hot though. Starting like that is easy. The first part psh everyone gets there but the long term the keeping the fire hot that’s where people start giving up stop being grateful for what they have. That’s why they will never have what they truly desire because they didn’t stay long enough push hard enough with enough commitment to see the true pay off. The worst part? Both paths are equally difficult. Let me prove it. :

You go that extra mile everyday for hottie, show you have their back in every way, stay interested in conversation because you’re grateful that they are even talking to you, you have an amazing relationship everyone is envious of the happiness… Or you fight every mile of the way, show you could care less everyday, and pretend to not listen to grueling hours of “nagging”, you have a divorce ready to happen. Same amount of energy, very different reward.

When you know you want something, someone, some feeling you better get your ass in gear and be ready for roadblocks 10 times what you expected, pain and frustration. Know this though, even if you turn around every path every destination is going to take this amount of effort so might as well go full in on what you want because baby you deserve it!!